RAKE IT 'TILL YOU MAKE IT: Rake Angles at a Glance

Proper selection of rake angle enhances the overall efficiency and economy of the cutting operation. There are in fact many combinations of rake angles that can be utilized as the situation demands, however for simplicities' sake, we'll narrow it down to three commonly used types of rake angles; positive, negative and neutral "zero" rake angle.

What's your take on Rake? 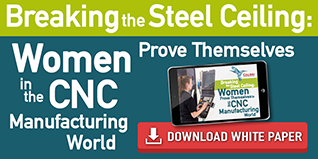